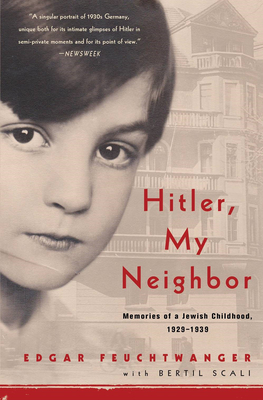 Bertil Scali is a French journalist and writer. He wrote and co-directed a TV documentary about Edgar Feuchtwanger’s childhood in Munich, and is the author of Villa Windsor.

“Edgar Feuchtwanger’s captivating memoir brings an enigmatic and terrifying neighbor—glimpsed through a child’s eyes—into the heart of a Jewish family’s home life, where discussions revolve around how to make sense of Germany’s descent into fascism and, ultimately, how to survive it.” —Despina Stratigakos, author of Hitler at Home
or
Buy Here
Copyright © 2020 American Booksellers Association