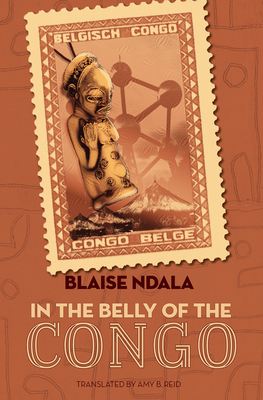 In the Belly of the Congo

A gripping multigenerational novel that explores the history and human cost of colonialism in the Congo.

April 1958. Organizing the Brussels World’s Fair, the biggest international event since the end of the Second World War, subcommissioner Robert Dumont cedes to pressure from the royal palace: there will be a “Congolese village” in one of the seven pavilions devoted to the settlements. Among the eleven members of this “human zoo” assembled to put on a show at the foot of the Atomium is the young Tshala, daughter of the intractable king of the Bakuba. From her native Kasai to Brussels via Léopoldville, the princess’s journey unfolds—until her forced exhibition at Expo 58, where we lose track of her.
Summer 2004. Newly arrived in Belgium, a niece of the missing princess crosses paths with a man haunted by the ghost of his father—Francis Dumont, professor of law at the Free University of Brussels. A breathtaking series of events will reveal to them a secret the former subcommissioner of Expo 58 carried to his grave.
From one century to the next, In the Belly of the Congo confronts History with a capital “H” to pose the central question of the colonial equation: Can the past pass?

Praise For In the Belly of the Congo: A Novel…

“A work that explores with panache the complexity of colonial and post-colonial relations between the Democratic Republic of Congo (DRC) and Belgium…successful thanks to the talent of the author, who in a few sentences can take the reader from the darkest years of colonial history to the languor of Congolese rumba, from the intense pain of a punch in the stomach to the passion of a romantic relationship.” —Le Monde

Blaise Ndala is a Canadian writer originally from the Democratic Republic of the Congo. His debut novel, J’irai danser sur la tombe de Senghor, won the Ottawa Book Award for French fiction and was a finalist for the Trillium Book Award. His book Sans capote ni kalachnikov won the 2019 Combat des livres and was a finalist for the Grand prix littéraire d’Afrique noire and the Trillium Book Award. In the Belly of the Congo is his first book to appear in English.

Amy B. Reid is an award-winning translator and Professor of French and Gender Studies at New College of Florida. In 2016 she received a Literature Translation Fellowship from the National Endowment for the Arts for Patrice Nganang’s When the Plums Are Ripe. Her other translations include Patrice Nganang’s Dog Days, Mount Pleasant, and A Trail of Crab Tracks, Mutt-Lon’s The Blunder, and Véronique Tadjo’s Queen Pokou.
Loading...
or support indie stores by buying on