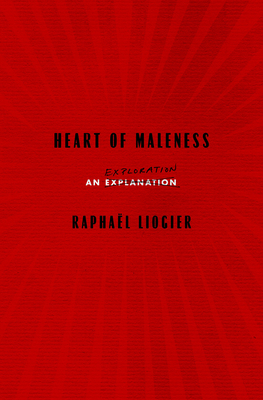 In this timely, self-reflective essay, a groundbreaking sociologist and philosopher examines the underlying causes of gender inequality and how we can fight against it.

Following the shocking, infuriating accounts shared as part of the #MeToo movement, Raphaël Liogier felt compelled to apply his academic expertise to shed light on the roots of gender inequality and its many manifestations, including catcalling, workplace harassment, and rape, as well as the glass ceiling and the gender pay gap. In the brazenness of Donald Trump, who brags about groping women, in the hypocrisy of outspoken progressives whose private behavior belies their so-called feminist ideals, and even occasionally in the good intentions of men such as Liogier who strive to be allies, we can see the influence of a deep-seated fantasy of male dominance.

With candor and clarity, Liogier demonstrates that the archetypal Prince Charming and a monstrous predator such as Harvey Weinstein are two sides of the same coin—products of a worldview that not only places a man's desires above a woman's, but also doubts whether women are fundamentally capable of knowing what they want. Recent years have witnessed significant progress toward gender equality, from the ousting of prominent men accused of sexual misconduct to the unprecedented popularity of the 2019 Women's World Cup. Heart of Maleness maps out the crucial work still to be done, first and foremost addressing the core male fantasy about women's bodies and minds.

Raphaël Liogier is a philosopher and sociologist. He is a professor at Sciences Po Aix-en-Provence and teaches at the Collège international de philosophie in Paris. He currently lives in New York and is a visiting scholar at Columbia University’s Council for European Studies. His major works include Le Mythe de l’islamisation, La guerre des civilisations n’aura pas lieu, and Sans emploi.

Antony Shugaar is a writer and translator. His recent translations include Kill the Father and Kill the Angel by Sandrone Dazieri, The Catholic School by Edoardo Albinati, Everything Is Broken Up and Dances by Edoardo Nesi and Guido Maria Brera, and Notes on a Shipwreck by Davide Enia.

Praise For Heart of Maleness: An Exploration…

“An incisive critique of the Western cultural construct of ‘maleness.’…a call for men to reexamine the ways they’ve ‘been conditioned to view and desire women,’ this short book achieves its goals.” —Publishers Weekly

“Eminently readable…[Liogier] unpacks the historical justifications for male supremacy and argues for the urgency of renouncing it…[the] French philosopher lives up to his country’s proud feminist tradition.” —Shelf Awareness

“Remarkable. I hope many men will read this book. It is so encouraging for it to have been written, published, and discussed.” —Christine Delphy, cofounder of the Mouvement de libération des femmes and, with Simone de Beauvoir, Nouvelles questions féministes

“What Liogier has done here is to begin the long and arduous process of unknotting generations’ worth of thought, experience, and manipulation that have created a system of power and inequality that endangers all of us. It’s no easy task, but as Heart of Maleness shows, the dangerous and profoundly unfair status quo of gender must be reassessed, reexamined, and deconstructed, and ultimately replaced. This is an incredibly important beginning.” —Jared Yates Sexton, author of The Man They Wanted Me to Be: Toxic Masculinity and a Crisis of Our Own Making

“[Liogier] has risen to the occasion, writing one of the first personal essays in which a man talks very directly to other men about what it means to be a ‘virile’ heterosexual man, and what it means to interact with women in this capacity.” —EuropeNow

“[Liogier] dissects the mechanisms that have led to recent events [related to the #MeToo movement]…Brilliant and rewarding.” —Psychologies

“A deep dive into the archaic roots of the patriarchal system.” —L’Obs

“Liogier is among those who have seized the opportunity offered by the #MeToo movement to review their own ways of perpetuating, very often inadvertently, sexist stereotypes.” —Le Temps (Switzerland)
or support indie stores by buying on
Copyright © 2020 American Booksellers Association