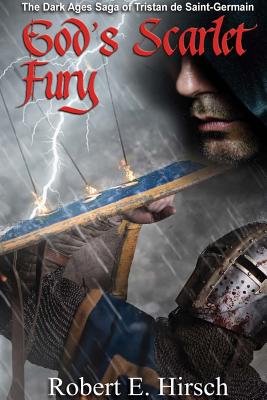 It is the year 1097... the violent warrior class of Western Europe is marching against the Islamic Seljuk Empire to recapture Jerusalem at the plea of Pope Urban II, igniting a searing inferno of war, betrayal and intrigue as two worlds collide- East against West, Christians against Muslims. Caught in this vicious struggle, Bishop Tristan de Saint-Germain strives to balance religious vows, loyalty to the pope, and his lifelong love for Mala the Romani, the beautiful gypsy girl he met as a child just before entering the Monastery of the Black Monks in France.

Tested by separations, the death of their firstborn child, threat of eternal damnation, and now annihilation, Tristan and Mala struggle against the raging tides of cultural and religious intolerance to remain together in an age of inflexible Catholic doctrine and Holy War. Finding support in Queen Irene and Emperor Alexius of Byzantium, they are challenged by Archbishop Adh mar of Le Puy, rigid moralist and leader of the First Holy Crusade, Tafur, the perverse 'Beggar King', and Lord Desmond DuLac, hated specter of the Saint-Germain family past. Time alone shall direct the outcome, as humanity awakens the wrathful hand of 'God's Scarlet Fury'.