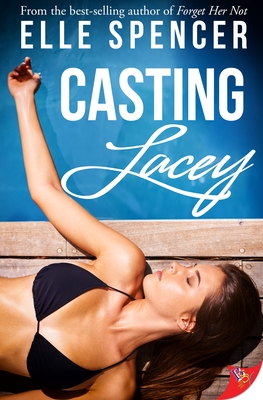 Coming out is easier when you've got someone by your side. At least that's how the hyper-private Quinn Kincaid sees it. When her publicist suggests a good old-fashioned sham of a Hollywood relationship, Quinn reluctantly agrees. And that's how the star of Jordan's Appeal, TV's highest rated legal drama, ends up with a fake girlfriend--the very real, very sexy, and very gay soap star, Lacey Matthews.

The two clash immediately, and often hilariously, as they figure out how to fake a budding romance. And of course, things are never as simple as they seem. A freak accident, some reluctant caregiving, and a chance to work together on Jordan's Appeal force Quinn and Lacey closer together--for better or worse.

In Casting Lacey, Elle Spencer gives us a funny new take on a classic storyline, complete with nosy mothers, fawning assistants, and two beautiful actresses who might learn about true love. If they don't kill each other first.