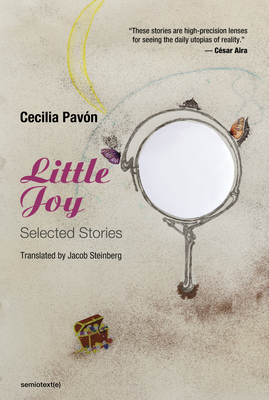 Poet, writer and translator Cecilia Pavón emerged in the late 1990s as one of the most prolific and central figures of the young Argentine literary scene--the so-called "Generation of the 90s": artists and writers whose aesthetics and politics were an earnest response to the disastrous impact of American-exported neoliberal policies and the resulting economic crisis of 2001. Their publications were fragile--xeroxed, painted on cardboard--but their cultural impact, indelible.

A cofounder of Buenos Aires's independent art space and publishing press Belleza y Felicidad--where a whole generation of soon-to-be-famous Argentine artists showed for the first time--Pavón pioneered the use of "unpoetic" and intimate content, her verses often lifted from text messages or chatrooms, her tone often impish, yet brutally sincere. Fellow Argentine poet Marina Yuszczuk once wrote, "Pavón's writing is filled with minor illuminations and conjectures; her syntax is the syntax of commas, 'buts,' and disjunctives, thoughts and impressions organized into a current that flows, branches off, and stands still."

In 2015, Pavón's first volume of collected poems, A Hotel With My Name, was published in English. Contemporary writers in the US, Australasia and Europe discovered a deep affinity with her work. Pavón's protagonists, Ariana Reines noted, "are absolute women, guileless dreamers, saints in sneakers, on sidewalks, in jail, in Zara, on buses, in nightclubs, in bed."

"These stories are high-precision lenses for seeing the daily utopias of reality."
—César Aira

Cecilia Pavón is the author of 10 volumes of poetry and 3 short story collections, including Todos los cuadros que tiré (2020), Pequeño recuento sobre mis faltas (2015) and Los sueños no tienen copyright (2010). Her work has been widely published in Latin America, and more recently translated into English, German, French, and Portuguese. Working as a literary translator from German and English to Spanish, she has translated Werner Schroeter, Diedrich Diedrichson, Chris Kraus, Ariana Reines, and Dorothea Lasky, among others. In 2019 she founded Microcentro Poetry Office, a space exclusively dedicated to poetry readings in downtown Buenos Aires.
Loading...
or support indie stores by buying on