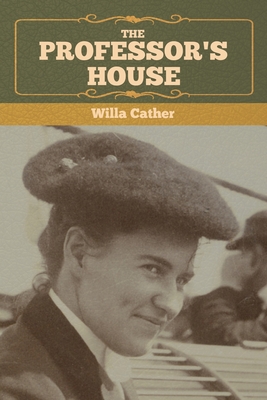 The Professor's House is a novel by American novelist Willa Cather. Published in 1925, the novel was written over the course of several years. Cather first wrote the centerpiece, "Tom Outland's Story," and then later wrote the two framing chapters "The Family" and "The Professor."

When Professor Godfrey St. Peter and wife move to a new house, he becomes uncomfortable with the route his life is taking. He keeps on his dusty study in the old house in an attempt to hang on to his old life. The marriages of his two daughters have removed them from the home and added two new sons-in-law, precipitating a mid-life crisis that leaves the Professor feeling as though he has lost the will to live because he has nothing to look forward to.

The novel initially addresses the Professor's interactions with his new sons-in-law and his family, while continually alluding to the pain they all feel over the death of Tom Outland in the Great War. Outland was not only the Professor's student and friend, but the fianc of his elder daughter, who is now living off the wealth created by the "Outland vacuum."

The novel's central section turns to Outland, and recounts in first-person the story of his exploration of an ancient cliff city in New Mexico. The section is a retrospective narrative remembered by the professor.

In the final section, the professor, left alone while his family takes an expensive European tour, narrowly escapes death due to a gas leak in his study; and finds himself strangely willing to die. He is rescued by the old family seamstress, Augusta, who has been his staunch friend throughout. He resolves to go on with his life. (wikipedia.org)