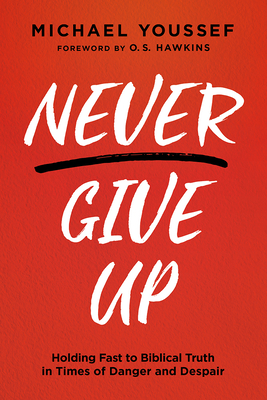 Holding Fast to Biblical Truth in Times of Danger and Despair

Dr. Michael Youssef was born in Egypt and lived in Lebanon and Australia before coming to the United States and fulfilling a childhood dream of becoming an American citizen. He holds degrees from Moore College in Sydney and Fuller Theological Seminary in Pasadena, California, and holds a doctorate in social anthropology from Emory University in Atlanta. He founded The Church of the Apostles, which was the launching pad for Leading the Way's international ministry. Dr. Youssef has authored more than forty books, including popular titles such as Saving Christianity and When the Crosses Are Gone. He and his wife, Elizabeth, reside in Atlanta.
Loading...
or support indie stores by buying on