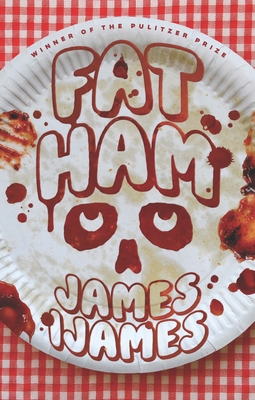 Winner of the 2022 Pulitzer Prize for Drama, James Ijames' Fat Ham reinvents Shakespeare's masterpiece in startling and hilarious ways amidst the backdrop of a family barbecue in the American South.

Juicy is a queer, Southern college kid, already grappling with some serious questions of identity, when the ghost of his father shows up in their backyard, demanding that Juicy avenge his murder. It feels like a familiar story to Juicy, well-versed in Hamlet's woes. What's different is Juicy himself, a sensitive and self-aware young Black man trying to break the cycles of trauma, violence, and toxic masculinity in service of his own liberation. From an uproarious family barbecue emerges a vibrant and compelling examination of love and loss, pain and joy.

James Ijames is a playwright, director, and educator. Ijames' plays have been produced by Flashpoint Theater Company, Orbiter 3, Theatre Horizon, Wilma Theatre, The National Black Theatre, Definition Theatre, Steppenwolf Theatre, Shotgun Players, and have received development with PlayPenn New Play Conference, The Lark, Playwrights Horizons, Clubbed Thumb, Villanova Theater, Wilma Theater, Azuka Theatre, and Victory Garden.Ijames was a founding member of Orbiter 3, Philadelphia's first playwright producing collective. He received a B.A. in drama from Morehouse College in Atlanta, GA and a M.F.A. in acting from Temple University in Philadelphia, PA. Ijames is an Associate Professor of Theatre at Villanova University and the Lead Artistic Director of the Wilma Theater. He resides in South Philadelphia.
Loading...
or support indie stores by buying on
(This book is on backorder)