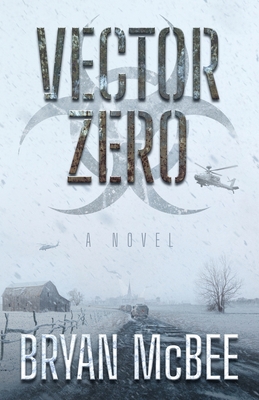 Under quarantine, the people living in the rural community of Harper's Glen are isolated and terrified while a horrible disease ravages their home and armed soldiers roam their streets.

Shelly Christianson's life is turned upside down when Martin Fallon is brought into the hospital out of a terrible winter storm near the end of her fourteen-hour shift. Pursued by the relentless Colonel Aldridge, Fallon-along with the mysterious and deadly disease following him-has been cornered. As more troops arrive and the town is quarantined from the outside world, Fallon enlists Shelly's help to escape. Meanwhile, her friends and neighbors are falling ill and dying around her, and tensions between the soldiers and imprisoned populous sparks violence. As Shelly and Fallon attempt to escape the net surrounding them, the military resorts to drastic measures to capture them and contain the deadly outbreak.

In Vector Zero by Bryan McBee, conflicting political agendas, military action, and duplicity, set against the backdrop of a deadly epidemic, are brought to life in chilling detail.