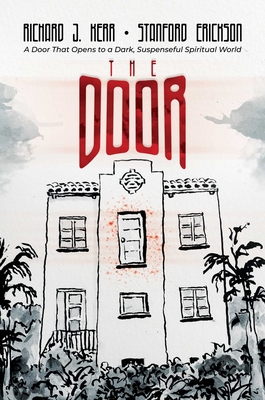 A Door That Opens to a Dark, Suspenseful Spiritual World

Elsie McKenzie is working on an investigative book that is critical of a local spiritual camp that conducts seances and psychic readings when she suspiciously dies. Her nephew, Robert, a retired detective, begins investigating. But Abigale Cruz, the attractive director of the camp and head psychic, uses all of her psychological and physical charms to convince Robert to end his investigation. But what will Robert do when he realizes the people closest to Abigale usually end up dead?

Richard J. Kerr, eighty-six, has been married to Janice for sixty-eight years, has four children, nine grandchildren, and three great-grandchildren. After a very unsettled childhood and marrying at age eighteen, he joined the US Army then attended the University of Oregon. Upon graduation and a year of graduate school he joined the Central Intelligence Agency. A very diverse career in the CIA included producing the President’s Daily Brief, heading the analytic office of East Asia, and serving as the Deputy Director of the Intelligence Community and CIA and briefly as the Acting Director. He was awarded the Citizen’s Medal by President Bush (forty-one).
After retiring from the CIA, he served on a variety of advisory panels, was on the boards of several large companies, and spent seven years as a member of a four-man commission monitoring the Good Friday Agreement helping to bring peace to Northern Ireland.

Stanford Erickson is a forty-year member of the National Press Club in Washington, DC, and a former member of the Overseas Press Club in New York City. For more than twenty-five years as a Bureau Chief in Washington, DC, a reporter and editor of a national newspaper in New York City, he covered presidents, Congress, administrative and regulatory departments, and agencies. He interviewed presidents, other world leaders, and significant business leaders. He was a speechwriter in Washington, DC, and head of international public relations for the largest containership company in the world for a decade. He began his career as a reporter for the San Francisco Examiner. He is a published author of nonfiction, a poet, and a playwright. This is his first collaborative novel. He was a serious student of all things spiritual, including the occult, until he became a Christian later in life.
Loading...
or support indie stores by buying on