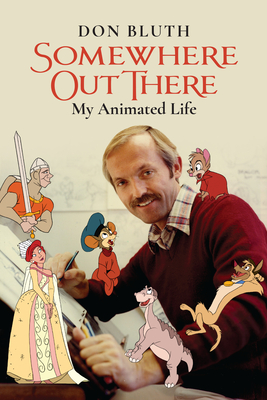 After more than five decades in Hollywood, Don Bluth, the man behind some of the most iconic animated films ever made, tells his story.

Don Bluth never felt like a Donald. So people have always called him  Don. A matinee of Snow White and the Seven Dwarfs awakened something within him. Despite growing up in rural Texas and Utah, he practiced and worked hard to become an Hollywood animator. And after working alongside his idol Walt Disney, and on films including Sleeping Beauty, The Sword in the Stone, Robin Hood, Winne the Pooh, The Rescuers, and Pete’s Dragon, he realized that the company had changed into something he didn’t necessarily believe in. So made the industry-shocking decision to start his own animation studio.

It was from that studio—Don’s studio—that came such award-winning, generation-defining films as The Secret of NIMH, An American Tail, The Land Before Time, All Dogs Go to Heaven, Anastasia, and the video game Dragon’s Lair.

Now, after more than half a century in the movie business, Don is ready to tell the story of his life. How his passions for artistry, integrity, and his Mormon faith shaped him into the beloved icon whose creativity, entrepreneurship, and deeply-held beliefs entertained, enthralled, and inspired millions across the globe.

Exclusive original art makes this book perfect for fans, cineasts, and anyone looking “somewhere out there” for inspiration and motivation.

Don Bluth is an award-winning director, animator, production and video game designer, and teacher. His films, including The Secret of NIMH, An American Tail, The Land Before Time, All Dogs Go to Heaven, and Anastasia have entertained and shaped the childhoods of untold millions. His company, Don Bluth Studios, continues creating and innovating animation and filmmaking.