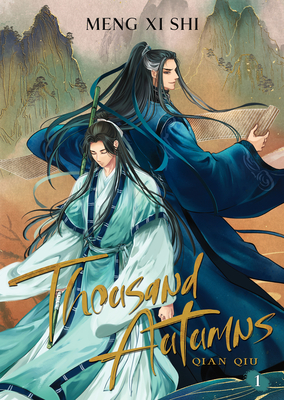 In this historical tale, a Daoist martial artist must begin a journey of healing and self-reflection as he resists the temptations of the powerful leader of a demonic sect.

Yan Wushi, leader of the demonic Huanyue sect, is a master cultivator, a brilliant strategist, and an incurable cynic. In his philosophy, every human heart is ruled by cruelty and selfishness. Anyone who believes otherwise is either a liar or a fool.

Enter the humble Shen Qiao, leader of the Daoist sect at Xuandu Mountain. He is both gracious and charitable, and exactly the type of do-gooder that Wushi despises.

When Shen Qiao suffers a shocking loss in a duel and is left for dead, Yan Wushi happens upon him and concocts a plan to teach him about the wretchedness of humanity. He’ll take Shen Qiao under his wing, test the limits of his faith, and lure him into demonic cultivation. After all, it is easy to remain righteous atop a mountain peak that touches the heavens. But a thousand autumns toiling on the blood-soaked earth will break any man.

Meng Xi Shi is a Chinese danmei author with a number of popular novel series, including Thousand Autumns, Peerless, and The Fourteenth Year of Chenghua (inspiration for the drama series The Sleuth of the Ming Dynasty).
Loading...
or support indie stores by buying on