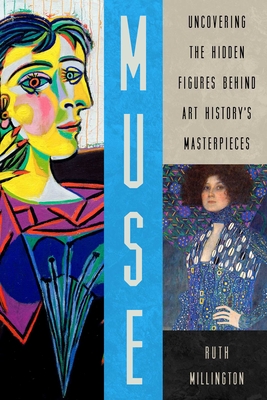 The fascinating true stories of thirty incredible muses—and their role in some of art history's most well-known masterpieces.

We instantly recognize many of their faces from the world's most iconic artworks—but just who was Picasso's 'Weeping Woman'? Or the burglar in Francis Bacon's oeuvre? Why was Grace Jones covered in graffiti? Far from posing silently, muses have brought emotional support, intellectual energy, career-changing creativity, and practical help to artists. However, the perception of the muse is that of a passive, powerless model (usually young, attractive, and female) at the mercy of an influential and older male artist. Could this impression be incorrect and unfair? Is this trope a romanticized myth? Have people embraced, even sought, the status of muse? Most importantly, where would artists be without them? In Muse, Ruth Millington's goal is to re-assess and re-claim that word in a celebratory narrative that takes ownership and demonstrates how outdated the common perception of that word is.

Muse also explores the idea of ‘muse’ in a different way and includes performance artists and celebrities, iconic figures we perhaps haven’t considered before as muses, such as Tilda Swinton and Grace Jones.  By delving into the real-life relationships that models have held with the artists who immortalized them, it will expose the influential and active part they have played in contributing to the artwork they inspired, and explore the various ways people have subverted stereotypical ‘muse’ roles.

From job supervisors to homeless men in Harlem, Muse will reveal the unexpected, overlooked, and forgotten models of art history. Through the stories of thirty remarkable lives, from performing muses to muses who have been turned into messages, this book will deconstruct reductive stereotypes of the muse, and reframe it as a momentous and empowered agent of art history.

“Art historian Millington explodes the entrenched stereotype ‘of a young, attractive, female muse, existing at the mercy of an influential, older male artist’ in this fascinating revisionist debut. This brilliantly illuminates how the act of portraiture is a two-way street.”
— Publishers Weekly

Ruth Millington is an art historian, critic, and author, specialising in modern and contemporary art. She has written for various publications, including The i newspaper, Sunday Times, Telegraph, Daily Mail, Sorbet Magazine and BBC Online. She has been featured as an art expert on TV and radio, including BBC Breakfast, Sky Arts and ITV News.
Loading...
or support indie stores by buying on