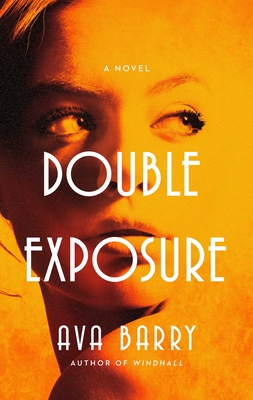 In this heart-pounding tale of deception, a young P.I. must unravel the secrets behind the murders of a Los Angeles heiress's parents.

Four years ago, a beautiful young heiress survived an attack that claimed the lives of both of her parents.  The crime made headlines all over Los Angeles, both for the vicious nature of the killings and the seemingly random nature of the attack: nothing was stolen, and the van Aust family had no obvious enemies.  Melia van Aust fled the city soon after the murders – which were never solved – but her brother Jasper has not been seen since.

After a childhood spent in the shadow of her famous parents, Rainey Hall understands the dynamics of a dysfunctional family.  She still hasn’t recovered from a tragedy that tore her own family apart six years before.  It's part of the reason why she started her own private investigation agency—to aid victims of crimes that might otherwise go unsolved.

When Melia returns to Los Angeles and moves back into her family home, someone begins sending her increasingly violent messages that allude to the killing of her parents.  She hires Rainey to track down the culprit and find her missing brother.  Touched by the similarities between their lives, Rainey feels compelled to protect Melia, even when it becomes clear that their relationship has become more than professional.

Soon, Rainey finds herself falling down the rabbit hole of Melia’s life.  Her quest to find Melia’s stalker will bring her in contact with disgraced royals, seedy neighbors, violent ex-boyfriends and former staff, each one with their own set of secrets.  As the threats against Melia escalate and the two women are drawn together, it’s only a matter of time before another victim turns up.

Praise For Double Exposure: A Novel…

"I was absorbed in the world Ava Barry concocted in Double Exposure to the point where I found myself irritated when I had to do other tasks that took me away from reading. The writing is evocative."
— Sara Weinman

“Double Exposure contains many evocative passages on Hollywood old and new—on the culture and personalities of a region whose mix of fact and contrivance creates a unique atmosphere."

"Years after the murder of her parents, heiress Melia van Aust hires P.I. Rainey Hall to find the culprit and the root out Melia's stalker. But Rainey has a dark history of her own. Chilling."
— People Magazine, Best Books Fall 2022

“The plot of this exhilarating and intricate novel ebbs and flows between fast-paced action and relaxed moments of narrative exposition.”
— Booklist

“This provocative, character-driven drama manages to keep its surprising twists in focus while also giving readers a lyrical look at Los Angeles. A stupendous turn adds an intense level of terror to Double Exposure.”
— Shelf Awareness

“[A] seductive neo-noir…This evocative novel demonstrates that both the city [Los Angeles] and its magic remain very much alive.”
— Publishers Weekly (Starred)

"Windhall is Barry’s first novel, and it is one heck of a debut. She nails her protagonist’s first-person voice and vividly channels the Hollywood vernacular and vibe both past and present."
— BookPage, Starred Review

"An intoxicating throwback. This highly cinematic modern-day mystery, which revolves around a 70-year-old unsolved murder, is a sparkling homage to Hollywood's Golden Age."
— Shelf Awareness

Ava Barry was a script reader for Bold Films and Intrigue Entertainment, and an editorial assistant for Zoetrope: All-Story, Francis Ford Coppola’s literary magazine. She is the author of Windhall, also available from Pegasus Books. She lives in Australia.
Loading...
or support indie stores by buying on