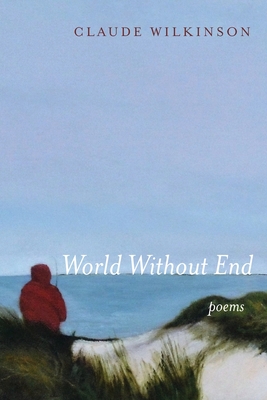 World Without End, Claude Wilkinson's fourth poetry collection, takes its title from the last words of the Gloria Patri. But the preceding words--"as it was in the beginning, is now and ever shall be"-- also echo the book's overarching theme: the seemingly infinite spiritual implications woven throughout our experience in the natural world. The poems are organized into meditations on family and community, spiritual worldviews, art and its insights, and nature's endless source of ever-relevant metaphor.

The poems also speak to each other across these sections--and even with poems in Wilkinson's earlier collections. World Without End opens with "Among Other Things, My Father Teaches Me How to Mow Grass," exploring the relationship of father and son, something that is revisited later on in "Salvia." Both poems long for conciliation between father and son through yard work--restoring order in the garden, a lost Eden.

Wilkinson's gift for ekphrastic poetry remains strong in World Without End, though here it is more referential and allusive. Rather than engaging specific works of art, the poet strives to understand the broader aesthetic visions of figures like Theodore Dreiser, Vincent Van Gogh, and Walter Anderson. In the title poem, a reference to Edward Hicks's The Peaceable Kingdom suggests art's ephemeral yet sustaining power--and an irrepressible yearning for a return to paradise.