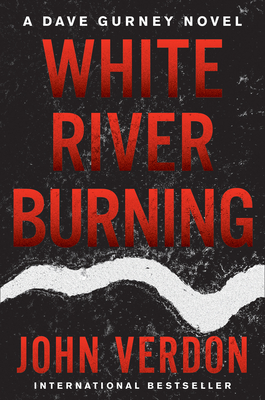 "It's always a pleasure to watch a keen mind absorbed in a difficult puzzle, which is how Dave Gurney distinguishes himself in John Verdon's tricky whodunits." --The New York Times

Tensions have been running high in White River as it approaches the anniversary of a fatal shooting of a black motorist by a local police officer. The economically depressed, racially polarized city is on edge, confronted with angry demonstrations, arson, and looting. In the midst of the turmoil, a White River police officer is shot dead by an unknown sniper. As the town spirals out of control, local authorities approach Dave Gurney to conduct an independent investigation of the shooting.

The situation in White River becomes truly explosive as more killings occur in what appears to be an escalating sequence of retaliations. But when Gurney questions the true nature of all this bloodshed, and zeroes in on peculiar aspects of the individual murders, his involvement is suddenly terminated. Obsessed with evidence that doesn't support the official version of events, Gurney cannot let go of the case. Despite intense opposition from the police, as well as from dangerous fanatics lurking in the shadows, he begins to uncover an astonishing structure of deception--learning that nothing in White River is what it seems to be. White River Burning is the most provocative and timely book yet by the author hailed by The New York Times as "masterly." "Verdon's novels, now read in twenty languages, feature serpentine plots, heightening suspense, skillfully developed characters, and a rich sense of place." --Booklist (starred review)

JOHN VERDON is the author of the Dave Gurney series of thrillers, international bestsellers published in more than two dozen languages: Think of a Number, Shut Your Eyes Tight, Let the Devil Sleep, Peter Pan Must Die, and Wolf Lake. Before becoming a crime fiction writer, John had two previous careers -- as an advertising creative director and a custom furniture maker. He currently lives with his wife Naomi in the rural mountains of upstate New York--raising chickens, tending the garden, mowing the fields, and devising the intricate plots of the Gurney novels.

"It's easy to see why this series is so popular, blending as it does the hard-boiled social observations of noir fiction with the inscrutable pleasures of classic whodunit' puzzle-solving." —Kirkus Reviews

"At the center of the natural and emotional turbulence, Gurney remains steady, methodical, and scientific as he pulls together the case's disparate strands… [T]he notion of shared nightmares holds the reader start to finish." —Kirkus Reviews

"Wolf Lake is a perfect thriller, one that revels in the darkest of places, in worlds both real and imagined. There are monsters in this book, certainly, but they live and breathe and look like us, which makes them all the more frightening. A complex, engrossing mystery, Wolf Lake will challenge what you believe to be true about the banality of evil and the lengths men will go to for the things they most want to hide." —Tod Goldberg, author of Gangsterland, Finalist for the Hammett Prize

"This novel has a hook worthy of any King creation: Four unrelated individuals in different parts of the country have the same nightmare, then appear to commit suicide. How's that for attention grabbing?" —Bookbub

"Why isn't John Verdon huge? Like household name huge? Verdon has a very distinctive style, one that is slightly offbeat without being off-putting… Verdon is an author deserving of your time and attention; if you love mysteries, you owe it to yourself to read Wolf Lake." —Bookreporter.com