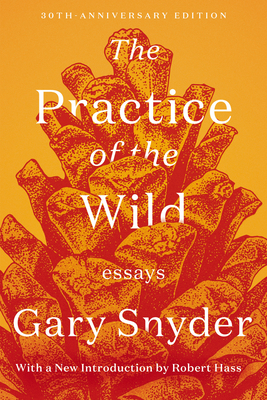 The Practice of the Wild

A collection of captivatingly meditative essays that display a deep understanding of Buddhist belief, wildness, wildlife, and the world from an American cultural force.

With thoughts ranging from political and spiritual matters to those regarding the environment and the art of becoming native to this continent, the nine essays in The Practice of the Wild display the deep understanding and wide erudition of Gary Snyder. These essays, first published in 1990, stand as the mature centerpiece of Snyder's work and thought, and this profound collection is widely accepted as one of the central texts on wilderness and the interaction of nature and culture.

Praise For The Practice of the Wild: Essays…

Praise for The Practice of the Wild

“Essayist and Pulitzer Prize–winning poet Snyder (Turtle Island) offers nine sensitive and thoughtful essays blending his personal Buddhist beliefs, respect for wildlife and the land, and fascination with language and mythic tradition into a ‘meditation on what it means to be human.'” —Publishers Weekly

“Snyder is, of course, an important writer, a Pulitzer Prize winner for poetry, and a spokesperson for the wilderness. Here in spare, eloquent prose, he presents a series of essays that probe the essence of humanity, nature, and their symbiosis... This is an important book for anyone interested in the ethical interrelationships of things, places, and people, and it is a book that is not just read but taken in. ” —Library Journal

“Gary Snyder’s deep hope—that someday we might all be native Americans, at home in our grand place—is the only hope we have. This is an exquisite book, and a hard one. Read it—and then live it, as best as you can.” —Bill McKibben, author of Earth

“I have always found it difficult to imagine this century without the life and work of Gary Snyder. After reading this collection of essays, I now find it impossible.” —Wes Jackson, author of Nature as Measure: The Selected Essays of Wes Jackson

“What thoughtful beauty! How skillfully Gary Snyder interfuses the practical knowledge of an animal sense with story, language, and song. True teachers in America are now an endangered species. I learn so much from this good man’s perception, humor, discipline, and love for this world. I am honored to praise this book.” —James Hillman, author of A Terrible Love of War

“Contemplating Gary Snyder’s depth of journey into nature here, I think of what D.H. Lawrence said of Whitman: he’s camped out alone, way beyond everybody. But it’s looking like where Snyder is, would be a wise bet for all of us. He makes a good trail in this book, laid out expertly and fun to walk on.” —Thomas J. Lyon, author of This Incomparable Land

Gary Snyder is the author of more than twenty collections of poetry and prose. Since 1970 he has lived in the watershed of the South Yuba River in the foothills of the Sierra Nevada. Winner of the Pulitzer Prize in 1975, Snyder has also been awarded the Bollingen Prize for Poetry and the Robert Kirsch Lifetime Achievement Award. His 1992 collection, No Nature, was a National Book Award finalist, and in 2008 he received the Ruth Lilly Poetry Prize. Snyder is a poet, environmentalist, educator and Zen Buddhist.

Robert Hass served as Poet Laureate of the United States from 1995 to 1997 and as a Chancellor of The Academy of American Poets from 2001 to 2007. He lives in California with his wife, poet Brenda Hillman, and teaches at the University of California, Berkeley.
Loading...
or support indie stores by buying on