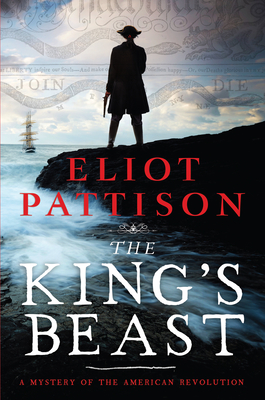 A Mystery of the American Revolution

A simple task to retrieve some artifacts turns into a nightmare of deceit when Duncan McCallum finds himself the target of those obsessed with keeping America under British rule in this thrilling historical novel from an Edgar Award–winning author.

When Duncan McCallum is asked by Benjamin Franklin to retrieve an astonishing cache of fossils from the Kentucky wilderness, his excitement as a naturalist blinds him to his treacherous path. But as murderers stalk him Duncan discovers that the fossils of this American incognitum are not nearly as mysterious as the political intrigue driving his mission. The Sons of Liberty insist, without explaining why, that the only way to keep the king from pursuing a bloody war with America is for Duncan to secretly deliver the fossils to Franklin in London.

His journey becomes a maze of deceit and violence as he seeks the cryptic link between the bones and the king. Every layer that Duncan peels away invites new treachery by those obsessed with crushing American dissent. With each attempt on his life, Duncan questions the meaning of the liberty he and the Sons seek. His last desperate hope for survival, and the rescue of his aged native friend Conawago―imprisoned in Bedlam―requires the help of freed slaves, an aristocratic maiden, a band of street urchins, and the gods of his tribal allies.

Praise For The King's Beast: A Mystery of the American Revolution…

Praise for The King's Beast

“[The] characterization is strong and plotting swift. This is as much an adventure as a murder mystery . . . Pattison’s writing style is stimulating and historically grounded while losing none of the entertainment factor. Fans of murder mysteries, adventure stories, the Revolutionary period, or all of the above will find much to enjoy in this series.” —Booklist

“A rousing tale . . . Replete with characters who draw the reader into the drama; finely honed to reflect the time and place, full of the respective cultures they portray . . . page turning . . . This was my first venture into the Duncan McCallum tales, it won’t be my last.” —Hoover Book Reviews

“The King’s Beast is revealed to the reader through the cutting lens of murder, duplicity, and kidnapping. Here is where Pattison excels. While he pulls together what appear on the surface as disparate acts of terror, Pattison is, with the other hand, laying out the blossoming of a nation through the very being of Duncan McCallum. The King’s Beast is a wonderful read. It stands alongside such books as The Alienist in creating a time, a place, and a mood. And like the best literature has to offer, it is rich with history and context and, most of all, meaning.” —Boston Teran, author of How Beautiful They Were

“A gripping tale of risk and adventure with a mystery at its core, characters who may or may not be who they seem, and a plot that twists in surprising directions. Eliot Pattison thrusts you into pre–Revolutionary America and England, each boiling with conflict, dissension, and danger. If you are a fan of historical mysteries—and even if you aren’t—you don’t want to miss The King’s Beast.” —Margaret Coel, New York Times bestselling author of Winter’s Child