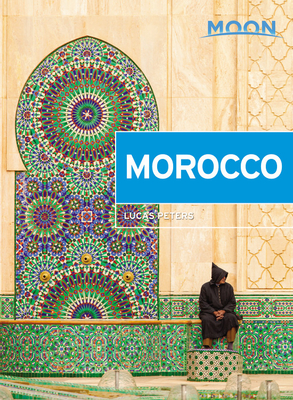 Having spent the better part of ten years living in different parts of Europe and the U.S., Lucas Peters thought it was time for a change. In 2009, he took a job in Morocco teaching literature and composition at a college in a small town atop the Middle Atlas Mountains outside of Fez. When his plane landed he found that all of his luggage was lost. Two weeks later his luggage was returned, but Lucas had already had to shop at the local markets for food, clothing and other basic necessities without speaking a word of the local dialect. His unexpected immersion in Moroccan life made him fall in love with the country.

Since 2009, Lucas has been traveling Morocco, from the date groves of the Sahara to the fishing villages along the Atlantic Coast. He’s dined at Rick’s Café in Casablanca, caught a ride on the Marrakesh Express, gotten lost in the labyrinthine maze of the Fez medina more times than he cares to count, and followed the Beats in Tangier. Along the way, he picked up some of the languages that make Morocco so amazing, made a few great friends, and married his wife, a Tanjaioua from Tangier.

Today, Lucas lives in Tangier with his wife and two kids. Together, as a multi-lingual family, they continue to explore Morocco: the small towns dotting the national roads, the difficult-to-access mountain villages, and secluded beaches.