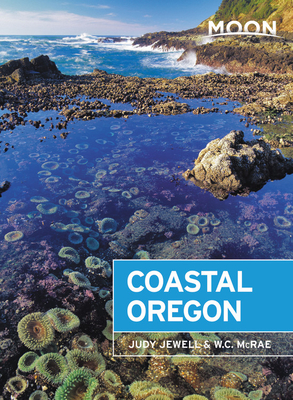 Between the two of them, Bill McRae and Judy Jewell have lived in and traveled around Oregon for more than 50 years. During this time, they've also strayed out of state to research and write Moon guides to Montana, Utah, and southern Utah's national parks (like Zion and Bryce).
As they turned their attention to Oregon, Bill admitted that he was up for a trip (or three) to Yachats. And Judy was eager to return to Brookings, where she'd worked for the Forest Service. The list of favorite destinations began to tumble out of their mouths. Sign us on, they said . . . we're ready to hit the road!
Bill has written for Frommer's, Lonely Planet, and Mobil Guides, and has provided content for 1000 Places to See in the USA and Canada Before You Die. He has also edited books for National Geographic and provided content for websites like GORP and Expedia.
Judy has written several books about the Pacific Northwest. When she's not on the road, she edits scientific journal articles and teaches yoga. During the summer she can often be found swimming back and forth across the Willamette River with Portland's River Huggers swim team.
Bill and Judy both live in Portland, Oregon.
Loading...
or support indie stores by buying on