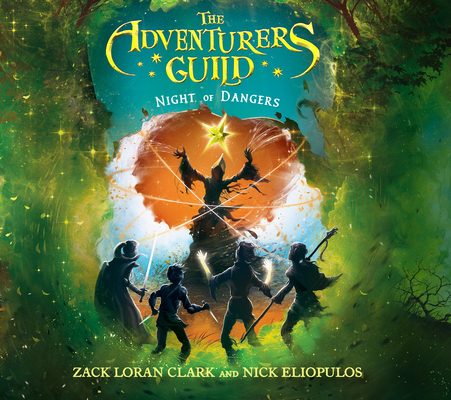 Someone had made a terrible, tragic, fatal mistake. Unless, of course . . . Unless they'd done it on purpose.

After falling victim to a vile betrayal, Zed is cut off from Brock and their friends and unable to warn them about a dangerous enemy on the move. The Adventurers Guild may have defeated the evil that cast the elves from their home, but that doesn't keep them in the Freestoners' good graces for long.

An ordinary day at the market comes to a fatal end when a rare Danger infiltrates the city, leaving over a dozen dead. Tensions come to a boil as the city is threatened by upheaval from within and becomes alight with terror. Brock finds himself frustratingly unable to utilize his underground contacts...though the mysterious Lady Grey may not be finished with him yet.

To come together to save their city from a timeless evil looking to settle a score, the young adventurers must learn to trust in each other again and be willing to do whatever it takes to stop the tragedy of the Day of Dangers from happening again.

Zack Loran Clark and Nick Eliopulos are best friends living in New York. They have been playing Dungeons & Dragons together every week for more than a decade. Zack secretly wishes that he were an elf; Nick publicly denies that he is a dragon. You can learn more about The Adventurers Guild trilogy at www.theadventurersguildbooks.com.
or support indie stores by buying on
Copyright © 2020 American Booksellers Association