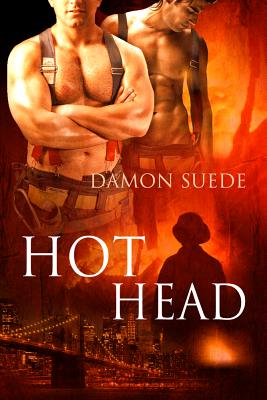 Since 9/11, Brooklyn firefighter Griff Muir has wrestled with impossible feelings for his best friend and partner at Ladder 181, Dante Anastagio. Unfortunately, Dante is strictly a ladies’ man, and the FDNY isn’t exactly gay-friendly. For ten years, Griff has hidden his heart in a half-life of public heroics and private anguish.

"Anyone who’s been paying attention to romance in the past few years has likely read or heard something from Damon Suede, who is simply a mesmerizing spokesperson for romance, and a terrific author too. (His book Hot Head might be the most popular gateway book into gay romance so far.)" —Kirkus Reviews

Damon Suede grew up out-n-proud deep in the anus of right-wing America, and escaped as soon as it was legal. Having lived all over, he’s earned his crust as a model, a messenger, a promoter, a programmer, a sculptor, a singer, a stripper, a bookkeeper, a bartender, a techie, a teacher, a director… but writing has ever been his bread and butter. He has been happily partnered for over fifteen years with the most loving, handsome, shrewd, hilarious, noble man to walk this planet.

Damon is a proud member of the Romance Writers of America and currently serves on its national Board of Directors. Though new to romance fiction, Damon has been writing for print, stage, and screen for over two decades, which is both more and less glamorous than you might imagine. He’s won some awards, but counts his blessings more often: his amazing friends, his demented family, his beautiful husband, his loyal fans, and his silly, stern, seductive Muse who keeps whispering in his ear, year after year.