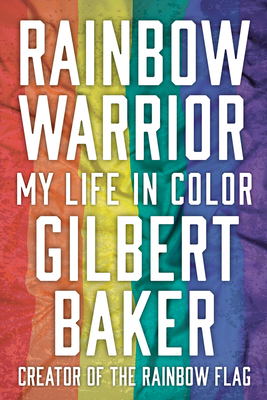 My Life in Color

In 1978, Harvey Milk asked Gilbert Baker to create a unifying symbol for the growing gay rights movement, and on June 25 of that year, Baker’s Rainbow Flag debuted at San Francisco’s Gay Freedom Day Parade. Baker had no idea his creation would become an international emblem of liberation and inclusiveness, forever cementing his pivotal role in helping to define the modern LGBTQ movement. Rainbow Warrior is Baker’s passionate personal chronicle, from a repressive childhood in 1950s Kansas, to a harrowing stint in the US Army, and finally his arrival in San Francisco, where he bloomed as both a visual artist and social justice activist. His fascinating story weaves through the early years of the struggle for LGBTQ rights, when he worked closely with Milk, Cleve Jones, and the Sisters of Perpetual Indulgence. Gilbert Baker often called himself the “Gay Betsy Ross,” and readers of his colorful, irreverent, and deeply personal memoir will find it difficult to disagree.

Praise For Rainbow Warrior: My Life in Color…

“A moving, educative memoir from one of the innovators of the gay liberation movement.” —Kirkus Reviews

“With infectious charisma and unadulterated exhilaration, Gilbert Baker intertwines the history of the Rainbow Flag and of the LGBTQ movement with the narration of his own sinuous life. If a sense of urgency and necessity, serendipity, intuition, and talent are the ingredients of great design, this is the autobiography of an accidental design superstar.” —Paola Antonelli, Senior Curator, Architecture & Design, the Museum of Modern Art

“Gilbert Baker’s grand visions as an artist and activist entertained all who knew him and truly advanced the global LGBTQ movement. In creating the Rainbow Flag, he gave the world an iconic symbol. This powerful memoir is his final gift. He was my friend and ally in the struggle for equality and I loved him very much.” —Cleve Jones, activist, author of When We Rise: My Life in the Movement, and creator of the NAMES Project AIDS Memorial Quilt

Artist Gilbert Baker created the first Rainbow Flag in 1978, and was a longtime LGBTQ, peace, and AIDS activist. He died in 2017.
Loading...
or support indie stores by buying on