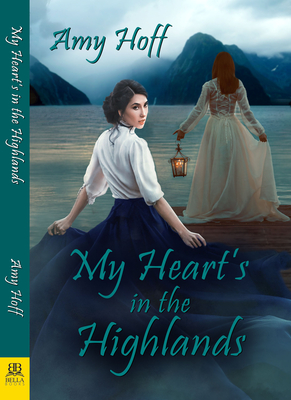 My Heart's in the Highlands

Suddenly the woman threw Jane facedown and was on top of her in an instant, covering her entire body. Jane was thrillingly aware of every place the woman's muscular body touched her--from the heavy breasts pressing into her back, to the pleasing pressure of the long, strong legs. Jane's heart hammered wildly in her chest...

The year is 1888. Brilliant and beautiful, Lady Jane Crichton has fought the constraints of her Victorian Edinburgh upbringing to become one of the first women to attend university for medicine. Denied a degree because of her gender, she decides to marry a closeted gay man, providing him with political and social cover and herself with the time and money to pursue her scientific interests--one of which is a time machine. Jane's machine works...but not exactly as she expected, and soon she has crash-landed in the 13th-century Scottish Highlands.

There she is rescued by a wild, red-haired warrior woman, Ainslie nic D mhnaill, next in line to the chiefship of the great Clan Donald, the rulers of the Sea Kingdom of the Isles. Despite the constant threat of attacks from enemy clans, harsh winters and a touch of homesickness, Jane finds herself bewitched by this land, this time and this magnificent woman. The rough and warlike Ainslie also feels the magic and revels in a passion and love neither she nor Jane had ever imagined.

But Jane is hiding a dangerous secret--one that threatens to tragically transform their Highland fairy tale.