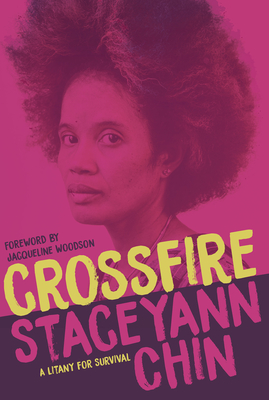 A Litany for Survival

WINNER OF THE AMERICAN BOOK AWARD

According to The New York Times, Chin is "sassy, rageful and sometimes softly self-mocking." The Advocate says that her poems, "combine hilarious one-liners with a refusal to conform" and note "Chin is out to confront more than just the straight world."

Staceyann Chin is a fulltime artist. A resident of New York City and a Jamaican National, she has been an out poet and political activist since 1998. From the Nuyorican Poets' Cafe to one-woman shows Off- Broadway to acting in Julie Taymor's Across the Universe and performing in both the stage and film versions of Howard Zinn's Voices of a People's History of the United States, to starring in the Tony nominated, Russell Simmons Def Poetry Jam on Broadway.
Loading...
or support indie stores by buying on