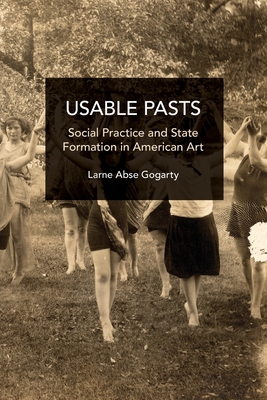 Usable Pasts zeros in on two periods in the United States that saw the state increase its financial support for socially engaged works of culture. In the 1990s the political artworks by Suzanne lacy, Rick Lowe, and Martha Rosler helped usher in an era of social practice art, while in the 1930s saw the creation of the leftist Cultural Front and its proliferation of experiential theatre, modern dance, and photography. By analyzing these trends and their relationship to one another this book unpicks the mythic and material afterlives of the New Deal in American cultural politics, and in so doing writes a new history of social practice art in the United States.

From teenage mothers organising exhibitions that challenged welfare reform, to communist dance troupes choreographing their struggles as domestic workers, Usable Pasts addresses the aesthetics and politics of these attempts to transform society through art in relation to questions of state formation.