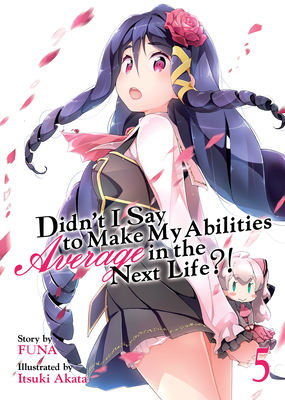 Didn't I Say to Make My Abilities Average in the Next Life?! (Light Novel) Vol. 5

Mile left Marcela, Aureana and Monika behind when she fled Eckland Academy, but when a job takes the Crimson Vow back into the Kingdom of Brandel, she can’t pass up the chance to see her old friends. But the Wonder Trio aren’t ready to let Mile go again now that they have her back! it’s tug of war time, and Mile’s in the middle! Will she be forced to choose one set of friends over the other?


Praise For Didn't I Say to Make My Abilities Average in the Next Life?! (Light Novel) Vol. 5…

Itsuki Akata is a Japanese manga artist best known for the art in the In the Next Life, Make My Abilities Average! light novel series.
Loading...
or
Not Currently Available for Direct Purchase