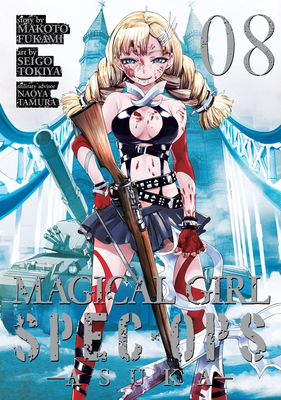 The battle in the Ukraine reaches a fever pitch as Magical Girls clash head-to-head, leaving Kurumi grievously injured. At the same time, Chisato and Just Cause Mia have their own life-and-death struggles to contend with. Whether it’s in a mafia hideout or on the battlefield against a top-ranking Brigade member, it’s all a prelude to the real threat. The unfathomably powerful magic weapon known only as Zmey threatens to rise up and lay waste to all who dare oppose it!

Seigo Tokiya is a Japanese manga artist best known for Magical Girl Special Ops Asuka and his contribution to the Tales of the Abyss anthology collection.
Loading...
or support indie stores by buying on