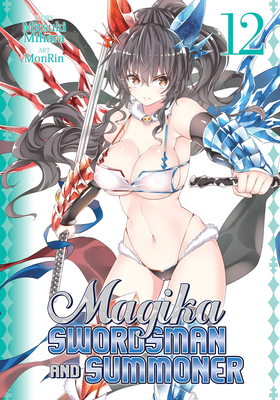 The battle to decide Knight Academy’s new unified student council president ends with betrayal: Shizuka Hayashi turns out to be a spy for the land of Sinotao, and escapes to foreign shores. And after a brief interlude of romance, Kazuki and his fellow students find themselves at the core of an explosive conflict. With backing from Sinotao and a host of spirits, West Japan declares its independence, and full-scale war engulfs the country. The swordsmen and summoners of the Academy soon find themselves on the battlefield, with the fate of their nation at stake!

MonRin is a Japanese artist best known for Magika Swordsman and Summoner.
Loading...
or support indie stores by buying on