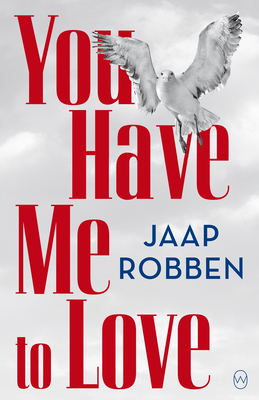 You Have Me to Love

You Have Me to Love is an intense and dramatic novel filled with meticulous use of detail and a forensic psychological accuracy. Its power comes from the fierce energy of the narrative structure, the way of handling silence and pain, and the ability to confront the darkest areas of experience with clear-eyed sympathy and care. Jaap Robben handles delicate, dangerous material with subtlety and sympathy, but also with a visionary sense of truth that is masterly and unforgettable. --Colm T ib n

Mikael lives with his parents on an island somewhere between Scotland and Norway. One day Mikael's father saves him from drowning in the ocean, but is himself thrown against the rocks by a wave and disappears under water. In shock and unable to speak, Mikael blocks out the memory of what took place, silently joining his mother in the search for his missing father. As Mikael's mother realizes her husband has drowned, the relationship between her and Mikael transforms: she slowly starts to unravel, forcing the son to replace his father in every possible way.

JAAP ROBBEN is a popular Dutch poet, playwright, actor, and children's author. You Have Me to Love is his first novel. It received glowing reviews in the Dutch press and won the prize for the best Dutch debut novel and the 2014 Dutch Booksellers Award. DAVID DOHERTY studied English and literary linguistics in the UK before moving to Amsterdam, where he has been translating all manner of Dutch texts since 1996. He was commended by the jury of the 2017 Vondel Translation Prize for Marente de Moor's The Dutch Maiden and Jaap Robben's You Have Me to Love, and was runner-up in 2019 for his translation of Monte Carlo by Peter Terrin. Jaap Robben's Summer Brother, which Doherty most recently translated, was longlisted for the 2021 International Booker Prize.
Loading...
or support indie stores by buying on