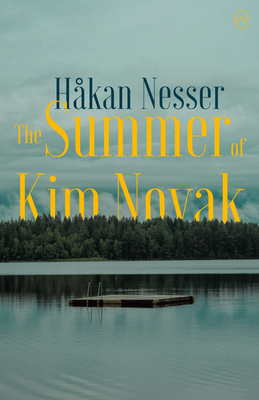 The Summer of Kim Novak

In this brilliant Swedish thriller and sensitive coming-of-age story, a traumatic event shatters the summer of two boys in love with their young teacher.

"Nesser sensitively probes the agonies and ecstasies of adolescence, making this an exquisite example of Nordic noir's ability to reveal the darkest emotional depths beneath a cloudless summer sky." --Publishers Weekly (Starred Review)

"Nesser's novel gains in power as it raises difficult questions about memory and morality." --Kirkus Reviews

Sweden in the '60s. Erik and his friend Edmund spend their vacation by a forest lake daydreaming about Ewa, a young substitute teacher with an uncanny resemblance to the actress Kim Novak. The boys are having the time of their lives until a shocking discovery disrupts their world. Twenty-five years later, Erik comes across a newspaper article about unsolved crimes and is overwhelmed by memories and questions from that summer of his youth. What actually happened back then? The Summer of Kim Novak has all the tension and mystery of Nesser's world-famous thrillers, combined with a coming-of-age tale of remarkable psychological precision.

HAKAN NESSER worked as a secondary school teacher in Uppsala before becoming a writer full-time. One of Sweden's most beloved authors, his crime novels have been extremely successful in both his home country and internationally, and have resulted in several films. Nesser was the first author to be awarded the prize for Best Swedish Crime Novel three times, and is the only writer ever to win the Danish Palle Rosenkrantz Prize twice. He was also awarded the European Crime Fiction Star Award in 2010. Nesser's books have been translated into more than thirty languages and have sold over twenty million copies worldwide.
Loading...
or support indie stores by buying on