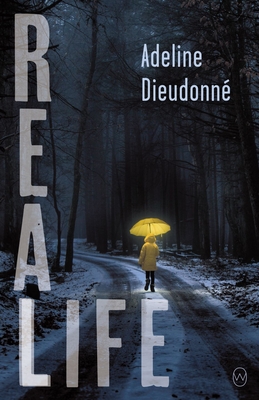 When the innocence of fairy tales meets the terror of a Stephen King thriller...
This international bestseller by French author Adeline Dieudonn is one girl's bitingly funny coming-of-age tale within a violent, savage family.

At home there are four bedrooms: one for her, one for her little brother Sam, one for her parents, and one for the carcasses. Her father is a big-game hunter, a powerful predator, and her mother is submissive to her violent husband's demands. The young narrator spends the days with Sam, playing in the shells of cars dumped for scrap and listening out for the melody of the ice-cream truck, until a brutal accident shatters their world. The uncompromising pen of Adeline Dieudonn wields flashes of brilliance as she brings her characters to life in a world that is both dark and sensual. This breathtaking debut is a sharp and funny coming-of-age tale in which reality and fantasy collide.

1. The book stages a host of colorful characters. Is there any one you found most interesting, and why?

2. Is there a character you think you may have an unusual opinion of—for instance, one you thought was pure at heart, whereas they may have seemed twisted and selfish at a first glance, or the other way round?

3. Is the protagonist delusional, or is she fundamentally correct in her descriptions of her environment?

4. What did you think of the ending? Was it what you had hoped would happen?

5. What does the final event mean for the mother? Is there a parallel with what it means for the protagonist?

6. The incident with the ice-cream truck had a lasting influence on the protagonist’s family; i.e. could it be seen as a catalyst for the family’s eventual happiness?

7. Taking this idea a step further, would anything have ended up being drastically differently in their family, if a time-traveler had come back and prevented the whipped-cream-related explosion?

8. What did you think of the text left on the gun in the climactic final scene? Was it only a surprising twist, or did it retrospectively give you a better understanding of other events in the novel?

9. Does the novel as a whole, including the ending, leave you with a rather bleak or optimistic view of the world, or perhaps neither?

10. Is it fair to conclude that the father was the ultimate source of the downward spiral in the family, and that now things will be better?

11. What does the father represent, perhaps seen in conjunction with his hunter friends? Can they be related to the grotesque vision of life often seen in the protagonist’s thoughts?

13. Did you in any way or at any moment side with the father?

14. Were the social dynamics in the Demo relatable for you? Was there anything universally suburban about the place, perhaps?

15. Will you be looking forward to Adeline Dieudonné’s second novel?