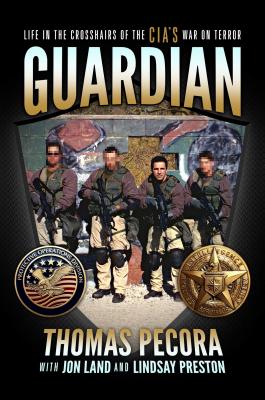 Life in the Crosshairs of the CIA's War on Terror

A CIA security officer recounts a twenty-four-year career protecting America’s intelligence personnel and senior USG Officials against a backdrop of the War on Terror.

Tom Pecora is prepared to draw back the curtain on the little-known and misunderstood world of the CIA protective operations—security teams who work on the front lines in some of the most dangerous places in the world, doing battle with America’s most determined enemies in the War on Terror and more.

Somalia was Pecora’s first deployment as a CIA Protective Operations Cadre (POC) officer, responsible for providing protective operations support in hostile areas of the world. He later headed up a series of the Agency’s undisclosed protective operations teams. From 1989 until his retirement in 2013, he was assigned to multiple war zones across Africa, Latin America, Southeast Asia, Europe, and the Middle East, doing the kind of work few are even aware exists.

But it does, and Pecora’s direct involvement allowed him to work behind the scenes of some of the most well-known conflicts of our time, including the infamous encounter known as Black Hawk Down, the hunt for Osama Bin Laden, and the hotbeds across the Middle East where fires continue to burn.

Over the course of a career that saw him receive the Career Intelligence Medal, Intelligence Star, Meritorious Unit Citation, and numerous Exceptional Performance Awards, Pecora distinguished himself as a Protective Operations Cadre (POC) member and as a CIA Security Officer. And now he’s prepared to shed light on the world of clandestine protective operations and the selfless, heroic warriors dedicated to keeping the United States safe at all costs…

Thomas (Tom) Pecora has over 27 years of experience working in the security field, 24 years working in the CIA. He retired from the CIA as GS 15 Senior Security Manager working in protective operations, counterterrorism, and security training, most of it operating in low intensity conflict areas. He was Chief of Security in several countries where he was responsible for countrywide security programs ensuring the safety and security of all CIA personnel in high threat environments. A seasoned protective operation veteran, Tom led teams protecting CIA personnel and visiting VIP personnel to include the President, Vice President, as well as Senate and Congressional Delegations. He spent 3 years providing specialized protective operations training courses to foreign government protective services from Latin America, Southeast Asia, the Middle East, and Europe. Tom received the Intelligence Star, the CIA&rsquo;s second highest honor for valor and the Career Intelligence Medal for service reflecting exceptional achievements. He has a Masters of Arts degree in Communications from the University of Wisconsin-Whitewater and a Bachelor of Arts degree in Communications from Marquette University.

Praise For Guardian: Life in the Crosshairs of the CIA's War on Terror…

“Thomas Pecora has finally answered the question of 'Who Protects the Spies?' In a groundbreaking personal account detailing a long and illustrious career in the service of the CIA, Pecora takes the reader on a wild travelogue of the last quarter century of high-threat American intrigue and, in the process, provides a rarely seen glimpse into the shadowy world of clandestine service and individual sacrifice.”
— Samuel M. Katz, New York Times bestselling co-author of Under Fire: The Untold Story of the Attack in Benghazi and Beirut Rules: The Murder of a CIA Station Chief and Hezbollah’s War Against America

“Tom’s book takes the reader through Tom’s twenty-four years of experience working in protective operations, counterterrorism, along with conducting security training programs in high-risk locations such as Mogadishu, Sudan, Bosnia, Philippines, and Iraq.

Although not intended to be a Protective Services Training Manual, Tom’s book supplies more educational content than most books that are meant to be training manuals. After more than forty plus years providing Protective Driving services, I was especially impressed with Tom’s discussion of how he and his team escaped a vehicle ambush in Mogadishu. Along with ‘Getting Off The X,’ Tom discusses the process used to get a severely wounded comrade back to safety. The end result is saving the individual’s life. This event is only one of the many real-life learning experiences that present the reader with invaluable lessons learned.

The book not only discusses the operational aspects of his career, but Tom also covers the seldom talked about toll that these professions can take on your personal life. He concludes his book with an outstanding discussion on the sorely needed topic of leadership in protective services operations, which in itself is worth reading the book.

You will not find many books that cover the topics and lessons learned from the experiences presented in Tom’s book, simply because few people on this planet have experienced these events and are willing to share their knowledge.”
— Tony Scotti, President of the International Security Driver’s Association (ISDA), editor of the Security Driver Magazine, and Executive Vice President of Tony Scotti’s Vehicle Dynamics Institute (TSVDI)
or support indie stores by buying on
Copyright © 2020 American Booksellers Association