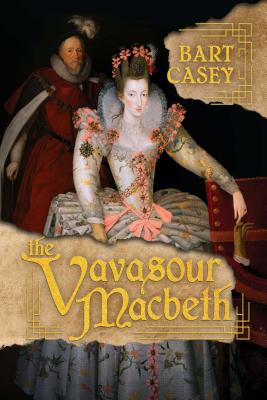 Buried Shakespearean treasure from an ancestor’s tomb brings a disillusioned BBC reporter home to solve her father’s murder and restart her life with the man who has always loved her.

When Margaret Hamilton’s father rescues Elizabethan manuscripts from a flooded tomb, he asks his daughter’s former fiancé Stephen to help decipher them, bringing the couple back together again.

At first, the documents only seem to resurrect Anne Vavasour’s remarkable true story: how she came to Queen Elizabeth’s court as a sixteen-year-old Maid of Honour; was seduced by the Earl of Oxford; delivered a babe at court in the attending maidens’ chamber; was sent to the Tower; yet later flourished for twenty years as the mistress of the wealthy widower Sir Henry Lee, Elizabeth’s champion at the joust (and rumored half-brother of the queen).

But when Margaret and Stephen uncover links between the buried papers and Shakespeare’s Macbeth, ruthless art and antiquities thieves scheme to take the priceless papers at any cost.

Blending fiction with little-known facts from history and research, The Vavasour Macbeth ranges from the Elizabethan and Jacobean courts to modern-day England, revealing many mysteries of ancient handwriting, manuscripts, and playmaking along the way. Not all facts taught in school about the Elizabethan era, Shakespeare, and Macbeth are proven, and you may be surprised to learn how many questions really do remain open and unsolved.

Bart Casey grew up in London, studied Literature at Harvard, and trained as a professor before switching to an advertising career, living many years amidst the settings for The Vavasour Macbeth. His recent biography of Victorian Laurence Oliphant was chosen by Kirkus for its Best Books of 2016.

Praise For The Vavasour Macbeth…

"The Vavasour Macbeth re-creates life at the 16th century court of Queen Elizabeth via a 20th century murder mystery.

Casey peppers his imaginative novel with tidbits on the development of writing in the Elizabethan era. Each of the central protagonists is a well-drawn character. And the author's prose is elegant, with evocative imagery. An engaging read with a plethora of captivating literary and historical details wrapped in a contemporary whodunit."
— Kirkus Reviews
or support indie stores by buying on
Copyright © 2020 American Booksellers Association