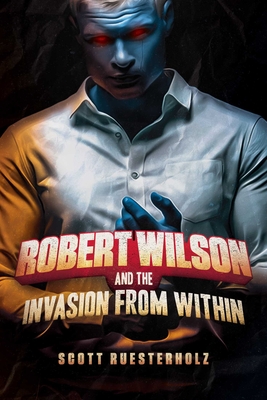 Robert Wilson and the Invasion from Within

As the world confronts an invasion from an alien empire—which has embedded spies in global institutions—the decisions of one man may determine humanity’s fate.

Alien conqueror, Anton Frozos, sends Robert Wilson, a top graduate of a spy-training program, to Earth to gain influence and prime the planet for its eventual conquest. Robert uses his advanced knowledge and technology to amass significant power and fortune in the business world. However, Robert has concealed aspects of his past from Frozos, which may complicate his loyalty.

When Frozos’s forces arrive several years later, Robert must decide whether to support the man who has lifted him from a life of enslavement or defect and ally with Earth. This choice forces Robert to insert himself into the political process, opposing American President Nick Neverian, as the planet decides whether to forcefully resist invasion or accept Frozos’s demands. Robert’s own past with President Neverian, a one-time ally and now foe, further complicates his decision-making. As the crisis builds, will nations be brought to the brink of war? Will governments be toppled while the world reckons with Frozos’s army amassing in the sky?

Praise For Robert Wilson and the Invasion from Within…

"Ruesterholz’s narrative is akin to those stolidly retro space epics attributed to L. Ron Hubbard that seem to stand with one moon boot in tomorrow and one moon boot firmly in the 1950s, possibly even earlier."
— Kirkus Reviews

Scott Ruesterholz lives in New York where he works in financial services. His political commentary has been featured in numerous outlets like Townhall and The Federalist. This is his debut novel.
Loading...
or support indie stores by buying on