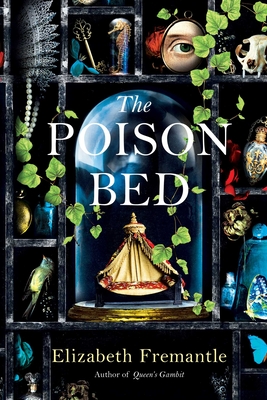 A spellbinding thriller set in the Jacobean Court of 1615 surrounding a famed couple imprisoned on suspicion of murder—but was it Lord Robert or Lady Frances who committed the crime?

Praise For The Poison Bed: A Novel…

"Like all the best writers of historical thrillers, Elizabeth Fremantle weaves together documented fact with sensitively imagined fiction to create a novel that helps us understand a time and place better. It doesn't matter if you guess whodunit, early or late. The tale is in the telling, and so is the readerly enjoyment. If your idea of a great summer read is closer to The Miniaturist than Gone Girl, I highly recommend The Poison Bed."
— NPR

"Fremantle is one of the most electric writers working in the historical space today."
— CrimeReads

"Set in England during the reign of James I, this craftily constructed historical from Fremantle makes deft use of a real-life crime. Fremantle does a masterly job of recreating the feel of the period, along with making the atmosphere of suspicion and plotting palpable. Readers will eagerly await her next historical."
— Publishers Weekly (starred)

"A thoroughly compelling tale of sexually-charged intrigue and murder. Once started, impossible to put down."
— Minette Walters

"Fremantle has taken the love story of Lady Frances Howard and Robert Carr in 1615 England and made it indelible. Fremantle’s gift is in reimagining the emotions and circumstances of Frances and Robert. Will stick with you long after you turn the last page."
— Mystery Scene

"Gripping and fascinating. Fremantle is a master."
— Santa Montefiore, author of 'The Daughters of Ireland'

"A Jacobean Gone Girl—dark and deeply satisfying, The Poison Bed is a tale of monstrous intrigue and murder."
— Miranda Carter, author of 'George, Nicholas, and Wilhelm'

"A riveting tale, giving us a new take on an old mystery, with her unique, accomplished skill. Her characters live, an age is evoked, and the story surges on with vivid pace. I cannot recommend this highly enough."
— Alison Weir, New York Times bestselling author

Elizabeth Fremantle is the acclaimed author of Sisters of Treason, Queen's Gambit, and Watch the Lady, and she has contributed to Vogue, the Wall Street Journal, Vanity Fair, and the Sunday Times (London). She lives in London.
Loading...
or support indie stores by buying on