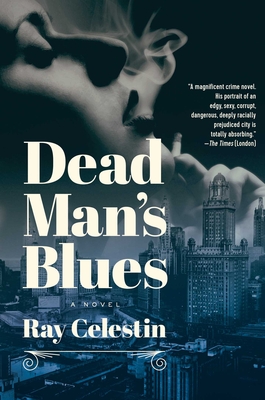 Chicago, 1928. In the stifling summer heat, three disturbing events take place: A clique of city leaders is poisoned in a fancy hotel; a white gangster is found mutilated in an alleyway in the Blackbelt; and a famous heiress vanishes without a trace. Pinkerton detectives Michael Talbot and Ida Davis are hired to find the missing heiress by the girl’s troubled mother. But it soon proves harder than expected to find a face that is known across the city, and Ida must elicit the help of her friend, Louis Armstrong. While the police take little interest in the Blackbelt murder, Jacob Russo—crime scene photographer—can’t get the dead man’s image out of his head, leading him to embark on his own investigation. And Dante Sanfelippo—rum-runner and fixer—is back in Chicago on the orders of Al Capone, who suspects there’s a traitor in the ranks and wants Dante to investigate. But Dante is struggling with his own problems, as he is forced to return to the city he thought he’d never see again . . .

In this engrossing follow-up to the award-winning The Axeman, a crime scene photographer, a gangster with a dark secret, and two Pinkerton detectives are bound together by a series of crimes that play out in 1928 Chicago.

Prohibition Chicago, early jazz, Capone and Moran—all are familiar elements in crime fiction, but Celestin gives them a fresh dusting, and what emerges sparkles with energy. His evocation of the jazz-filled South Side is particularly sharp, and his lead characters, Davis and Talbot, establish an easy, swinging rapport that will make readers want to hear more from them.

Celestin captures 1920s Chicago in all its grimy, roiling, teeming glory in this intricate and absorbing thriller, which is surely destined to be an instant go-to for historical crime enthusiasts. Fantastic.

Readers of hard-boiled murder mysteries will enjoy the ride to the very last page and will appreciate the honest portrait of a big city finding its way.

"This is the sequel to the prizewinning The Axeman's Jazz. Under the constant threat of bloodshed, the three stories gradually weave together into an intriguing portrait of a time and a place. The young Louis Armstrong turns up, and his powerful, searching, explosive jazz pulses through the pages, a soundtrack to Ida's increasingly dangerous investigation.


Dead Man's Blues is a magnificent crime novel, at least as good as his stunning debut. His portrait of an edgy, sexy, corrupt, dangerous, deeply racially prejudiced city, where savage violence cohabited with exciting music, is totally absorbing.

Ray Celestin is the author of The Axeman's Jazz, winner of the CWA John Creasey (New Blood) Dagger for Best First Novel Award. He lives in London.
Loading...
or
Not Currently Available for Direct Purchase