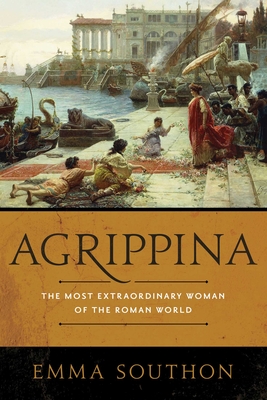 The Most Extraordinary Woman of the Roman World

Sister of Caligula. Wife of Claudius. Mother of Nero. The story of Agrippina, at the center of imperial power for three generations, is the story of the Julio-Claudia dynasty—and of Rome itself, at its bloody, extravagant, chaotic, ruthless, and political zenith.

In her own time, she was recognized as a woman of unparalleled power. Beautiful and intelligent, she was portrayed as alternately a ruthless murderer and helpless victim, the most loving mother and the most powerful woman of the Roman empire, using sex, motherhood, manipulation, and violence to get her way, and single-minded in her pursuit of power for herself and her son, Nero.

This book follows Agrippina as a daughter, born in Cologne, to the expected heir to Augustus’s throne; as a sister to Caligula who raped his sisters and showered them with honors until they attempted rebellion against him and were exiled; as a seductive niece and then wife to Claudius who gave her access to near unlimited power; and then as a mother to Nero—who adored her until he had  her assassinated.

Through senatorial political intrigue, assassination attempts, and exile to a small island, to the heights of imperial power, thrones, and golden cloaks and games and adoration, Agrippina scaled the absolute limits of female power in Rome. Her biography is also the story of the first Roman imperial family—the Julio-Claudians—and of the glory and corruption of the empire itself.

Praise For Agrippina: The Most Extraordinary Woman of the Roman World…

"A lively and intermittently potty-mouthed biography of Nero's remarkable mother contains fascinating vignettes of Roman life, and explores why Roman authors wrote about women in the way that they did."
— The New Statesman (A Best Book of the Year)

"A remarkable biography. Southon delivers her research and speculations with enormous wit, a feminist outlook, and charming vulgarity. This sassy biography will rope in even those who think they’re not interested in ancient Rome."
— Publishers Weekly (starred)

"Southon tells a saucy story about one woman against a very angry male world that threw every imaginable accusation against her when she stepped out of line in Roman society. It’s also a triumphant story about her rising above and bending that world to her will. As with most stories about those who toy with absolute power, it doesn’t end well. But before the inevitable, Southon is determined to make this a rollicking tour of Agrippina and her world."
— Open Letters Monthly

Emma Southon has a PhD in Ancient History from the University of Birmingham and researches subjects of sex, the family, gender, and religion. She holds a long running obsession with the bad guys of the Roman empire, blogs at Agrippinilla.com, and tweets at @NuclearTeeth. She lives in England.
Loading...
or
Not Currently Available for Direct Purchase