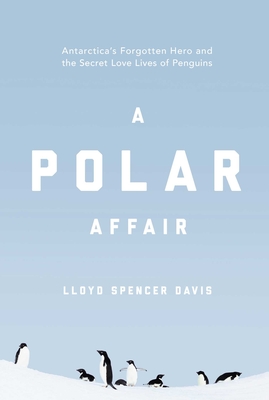 "A rip-roaring read on research at the edge."
— Nature

"An expansive and entertaining historical tour through events of the great age of polar exploration, this work successfully unites the quest for scientific knowledge with personal curiosity. Davis does not disappoint. Thoroughly researched and replete with many splendid photographs, this is an engaging work of unusual merit.  Enthralling."
— Choice

Lloyd Spencer Davis received the PEN (NZ) Best First Book Award for Nonfiction for Penguin: A Season in the Life of the Adelie Penguin. He is the author of Looking For Darwin, which won the CLL Writer's Award, New Zealand's most significant nonfiction award. Lloyd has been a recipient of a Fulbright Fellowship, an Anzac Fellowship, and a Prince and Princess of Wales Science Award.
Loading...
or
Not Currently Available for Direct Purchase