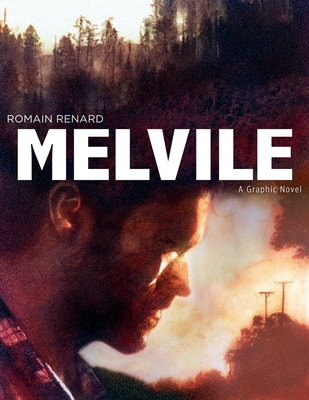 Haunted by the memory of his successful father and desperate to escape his personal demons, a novelist seeks solace in a rural town—but, of course, no one can outrun their troubles for long, especially not in Melvile.

Samuel Beauclair’s life has hit the skids. He’s late with his second novel, he’s going through a rough patch with his pregnant wife, and the bank is foreclosing on his apartment. Desperate, he flees to Melvile, an idyllic small town in the middle of nowhere where he once spent vacations with his novelist father.

After spending most of his days drinking, smoking, and staring at a blank page, Sam eventually takes a job as a handyman for a pair of siblings in town, David and Rachel. Sam paints their house each day and, slowly, the trio become friends, with Sam beginning to shed some of his troubles and come out of his shell over the course of their conversations. But is it a true fresh start, or just a willful denial of reality? And will Sam ever be able to escape his father’s long shadow, or will his past mistakes finally catch up with him?

Melvile, winner of the Belgian Prix Diagonale for best graphic novel of the year and the Prix Espoir for best story at the Versailles Festival and at the International Comic Festival in Algeria, is a dramatic and gorgeously illustrated look at the life and times of a lost man struggling to find his way back.

Praise For Melvile: A Graphic Novel…

"This complicated story explores its characters in depth, allowing Samuel to be full of shades of gray rather than black and white morality. A mature, intelligent rumination on the struggles of living up to the past and processing grief."
— Geekdad

“Everything about this is a perfect marriage of word and image to move the story along, capturing the weight of life, the weight of expectation, the burden of the past, and sometimes there is a need to burn it all and start again, inspiring in a way that makes this ideal for graphic novel treatment."
— The Digital Fix

Romain Renard is an illustrator, designer, comics creator (American Seasons), and musician based in Brussels, Belgium.
Loading...
or support indie stores by buying on
(This book is on backorder)