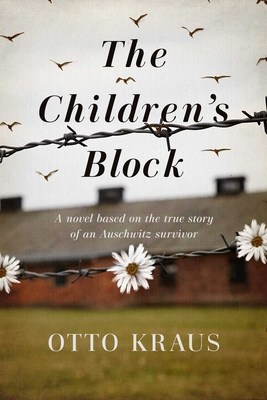 A Novel Based on the True Story of an Auschwitz Survivor

A literary event that tells story of five hundred children who lived in the Czech Family Camp in Auschwitz-Birkenau between September 1943 and June 1944.

We lived on a bunk built for four but in times of overcrowding, it slept seven and at times even eight. There was so little space on the berth that when one of us wanted to ease his hip, we all had to turn in a tangle of legs and chests and hollow bellies as if we were one many-limbed creature, a Hindu god or a centipede. We grew intimate not only in body but also in mind because we knew that though we were not born of one womb, we would certainly die together.

Alex Ehren is poet, a prisoner, and a teacher in block 31 in Auschwitz-Birkenau, also known as the Children’s Block. He spends his days trying to survive and illegally giving lessons to his young charges, all while shielding them as best he can from the impossible horrors of the camp. But trying to teach the children is not the only illicit activity that Alex is involved in. Alex is keeping a diary . . .

Praise For The Children's Block: A Novel Based on the True Story of an Auschwitz Survivor…

“Kraus draws on his experience in the children’s block at the Auschwitz-Birkenau concentration camp in this stirring tale, his first to be published in English. The powerful story delivers arresting vignettes that will force readers to consider the limits and possibilities of humanity.”
— Publishers Weekly

"This work exposes the world to another side of the Holocaust, and readers are better for being able to experience it."
— Historical Novel Review

"Kraus brings together the strength of his own personal experience with the storytelling powers of an exceptional writer. Kraus will now on occupy the important place he deserves among writers of the twentieth century."
— Antonio Iturbe, bestselling author of 'The Librarian of Auschwitz'

Otto Kraus was born in Prague. He and his family were deported in May 1942 to Ghetto Terezin and from there to Auschwitz, where he became one of the children’s counselors on the Kinderblock. He was married to Dita Kraus, whom knew from the Kinderblock. She was the character on whom The Library of Auschwitz is based. Otto died at home on October 5, 2000, surrounded by his family.
Loading...
or support indie stores by buying on