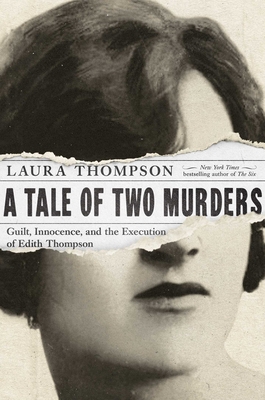 A Tale of Two Murders (Paperback)

A riveting account of the notorious “Ilford murder” by the New York Times bestselling author of The Six.

A writer and freelance journalist, Laura Thompson won the Somerset Maugham award for her first book, The Dogs, and is also the author of the critically acclaimed biography of Nancy Mitford, Life in a Cold Climate. Her most recent book, The Six: The Lives of the Mitford Sisters, was a national bestseller.

"Thompson earnestly champions the lost cause of Edith Thompson, a woman caught in an awkward moment of history."
— New York Times Book Review

"An exhaustive look into the passionate love affair that led to one of the most infamous murders in 1920s England. Moving beyond the standard courtroom drama. his meticulously researched account of a fatal love affair carefully questions the nature of guilt and capital punishment in polite society, offering up a more profound lesson than is likely to be found in a typical true crime novel."
— Kirkus Reviews
or support indie stores by buying on
Copyright © 2020 American Booksellers Association