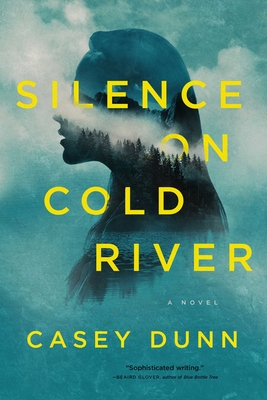 Three people cross paths in the north Georgia woods one night, setting into motion a race to catch a ruthless and chillingly inventive serial killer.

On a run through the woods outside her north Georgia hometown, defense attorney Ama Chaplin encounters a mysterious hiker and recognizes him, too late, as a sociopath she successfully defended when he was a teenager. In the intervening seventeen years, Ama changed her name and moved to Atlanta, anxious to put her past behind her. Michael Walton, her young client, grew into a ruthless and inventive murderer. And now that he’s caught her, he can put a twisted, years-in-the-making plot into motion.

Neither of them knows that someone else saw her go into the woods alone: Eddie Stevens, whose daughter Hazel vanished on the same spot a year ago. The police think she ran away. Eddie believes the truth is much worse. Grieving and desperate, he’d planned to kill himself to return attention to his daughter’s cold case, but he can’t shake the feeling that something happened to Ama, the runner he saw disappear into the trees. When she doesn’t come back out, he heads into the woods with a loaded gun to check on her.

Meanwhile, the local police department’s newest detective connects the dots between two cold cases and begins to suspect he’s dealing with a serial killer—but time is running out to save Ama, and he’ll need to make some unlikely allies to face down the dangers lurking in the woods.

Praise For Silence on Cold River: A Novel…

“Dunn makes good use of the perspectives of multiple characters throughout her clever thriller debut. Fans of Lisa Unger will be pleased.”
— Publishers Weekly

“Something far more dangerous than a big, bad wolf inhabits the north Georgia woods. For fans of dark obsession in the tradition of The Silence of the Lambs.”
— Booklist

“Dunn ratchets up the tension with each successive chapter en route to a satisfying conclusion. Silence on Cold River doesn’t feel like a suspense debut but rather the work of a genre veteran. Read it, and you will be on the lookout for whatever Dunn writes next.”
— BookPage

“A melodic and gritty debut thriller that gives readers an unnerving glimpse into the mind of a demented killer.”
— Christina Kaye, award-winning author of "Like Father, Like Daughter"

“Casey Dunn’s Silence on Cold River is a harrowing, beautifully written journey of dark obsession and redemption that will have you double checking that you locked all your doors.”
— Julie McElwain, author of the Kendra Donovan Mystery Series

“Casey Dunn’s Silence on Cold River is a strikingly composed novel. Dunn did something that is often hard to accomplish, by successfully alternating chapters with different points of view. Everything comes together through the wonderful characterizations to tell a thrilling story.”
— David Swinson, author of the Frank Marr crime series

“Dunn’s writing is lyrical and seductive. She invented a killer who pulls you in tight and never lets go. Michael will haunt your dreams while Dunn’s prose lulls you under in a sadistic lullaby. A gripping tale told in hues of winter and blood. If you’ve never read a book like this, start with Silence on Cold River.”
— Shayne Leighton, author of Of Light and Darkness

"This was plotting on the level of Brandon Sanderson and I cannot get over the complexity and planning that must have gone into this—just plain awesome."
— Elisabeth Wheatley, author of the Fanged series [previous praise for Casey Dunn]

"The Hightower Trilogy is riveting as it is thoughtful. [Dunn] weaves an intricate adventure with characters that are well-developed and relatable, and world-building that is layered and stunning."
— Shayne Leighton, author of the Of Light and Darkness series [previous praise for Casey Dunn]

Casey Dunn was born and raised in Atlanta, Georgia, but now lives on a horse farm in Southern Oregon with her husband and three children. As Jadie Jones, she's the author of the Hightower Trilogy (Parliament House Press). Silence on Cold River is her first thriller.
Loading...
or
Not Currently Available for Direct Purchase