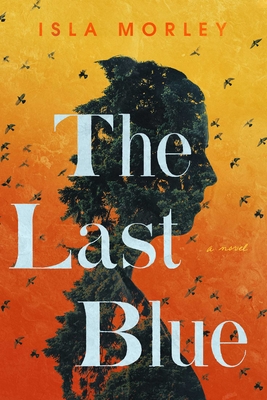 A luminous narrative inspired by the fascinating real case of “the Blue People of Kentucky" that probes questions of identity, love, and family.

In 1937, there are recesses in Appalachia no outsiders have ever explored. Two government-sponsored documentarians from Cincinnati, Ohio—a writer and photographer—are dispatched to penetrate this wilderness and record what they find for President Roosevelt’s Works Progress Administration. For photographer Clay Havens, the assignment is his last chance to reboot his flagging career. So when he and his journalist partner are warned away from the remote Spooklight Holler outside of town, they set off eagerly in search of a headline story.

What they see will haunt Clay into his old age: Jubilee Buford, a woman whose skin is a shocking and unmistakable shade of blue. From this happenstance meeting between a woman isolated from society and persecuted her whole life, and a man accustomed to keeping himself at lens distance from others, comes a mesmerizing story in which the dark shades of betrayal, prejudice, fear, and guilt, are refracted along with the incandescent hues of passion and courage.

Panning across the rich rural aesthetic of eastern Kentucky, The Last Blue is a captivating love story and an intimate portrait of what it is like to be truly one of a kind.

Isla Morley grew up in South Africa during apartheid. She is the author of Come Sunday, which won the Janet Heidinger Prize for Fiction and was a finalist for the Commonwealth Prize. Her novel Above was an IndieNext pick, and Best Buzz Book, and a Publishers Weekly Best New Book. She lives in the Los Angeles area with her husband, daughter, a cat, two dogs, and four tortoises.

Praise For The Last Blue: A Novel…

"A compelling tale of survival, reinvention, and hope.  Vivid and poignant."
— The Boston Globe (Praise for Isla Morley)