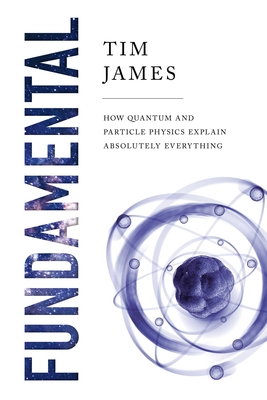 How Quantum and Particle Physics Explain Absolutely Everything

A brilliantly diverting and mind-expanding guide to quantum and particle physics.

At the start of the twentieth century, our knowledge of science appeared complete and it seemed that the laws of nature were almost all discovered, but then we woke a sleeping giant—we discovered quantum mechanics.

In the quantum realm, objects can be in two places at once. It’s a place where time travel is not only possible, but necessary. It’s a place where cause and effect can happen in reverse and observing something changes its state. From parallel universes to antimatter, quantum mechanics has revealed that when you get right down to it, the laws of nature are insane. The scientist J. B. S. Haldane once said, “Reality is not only stranger than we imagine, it’s stranger than we can imagine.”

Never is this more true than with quantum mechanics. This comprehensive beginner’s guide to quantum mechanics explains not only the weirdness of the subject but the experiments that proved it to be true. Using a humorous and light-hearted approach, Fundamental tells the story of how the most brilliant minds in science grappled with seemingly impossible ideas and gave us everything from microchips to particle accelerators.

Fundamental gives clear explanations of all the quantum phenomena known to modern science, without requiring an understanding of complex mathematics; it tells the eccentric stories of the scientists who made these shattering discoveries and what they used them for; it explains how quantum field theory (a topic not covered in detail by any other popular-science book) gave rise to particle physics and why the Higgs boson isn’t the end of the story.

Praise For Fundamental: How Quantum and Particle Physics Explain Absolutely Everything…

“A lucid and humorous layman’s guide to quantum mechanics. Even first-time physics readers will come away with a working knowledge of one of the universe’s most enigmatic subjects.”
— Kirkus Reviews

Tim James, the author of Fundamental and Elemental, is a science teacher, YouTuber, blogger, and Instagrammer. Raised by missionaries in Nigeria, he fell in love with science at the age of fifteen. After graduating with a master’s degree in chemistry, specializing in computational quantum mechanics, he decided to get straight into the classroom. He lives in England.
Loading...
or
Not Currently Available for Direct Purchase