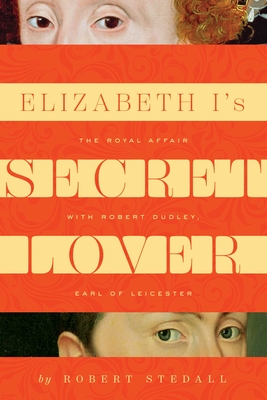 The Royal Affair with Robert Dudley, Earl of Leicester

This eloquent biography of the most influential nobleman of the Elizabethan Age reveals how Robert Dudley brilliantly captivated the court of Elizabeth I—and the heart of a queen.

In many respects Lord Robert Dudley, Earl of Leicester, was the most significant statesman of the Elizabethan Age, ranking only behind the queen herself in precedence.

As a great impresario, he honored Elizabeth I to glittering effect and became the forerunner of Shakespearean theater, combining classicism with ribaldry. He attracted the financing of Francis Drake’s circumnavigation. He was the supporter of academic endeavor, of poetry, and of Puritan scholarship. By employing a network of his own secret agents, he provided information of crucial importance to the crown. As Master of the Horse, he developed English bloodstock to provide horses for royal and military requirements. He saw to it that England’s navy and army was properly prepared to meet Continental aggression when needed.

Lord Robert Dudley has faced criticism from historians by competing with William Cecil to gain the ear of Elizabeth I and thwarting his efforts to arrange a political marriage for her to protect against Catholic aggression from Spain. There can be no doubt that Elizabeth wanted to marry him. He was devastatingly attractive, athletic, and loyal. Perhaps most compelling to readers who enjoy royal scandal, this eloquent new book provides compelling evidence that the virgin queen spent time in her bed with him.

Stedall relies on correspondence between ambassadors and foreign observers who reported these rumours back to their respective heads of state, making merely anecdotal much of the evidence for her secret affairs. Readers who gravitate toward Elizabethan history will welcome this richly detailed biography of the life and legacy of Robert Dudley, Earl of Leicester.
— Booklist Reviews

To Queen Elizabeth I, Robert Dudley (1533-1588) was that one true friend. Their story is well told in historian Robert Stedall’s new book “Elizabeth I’s Secret Lover,” a well-researched account of their complicated relationship. If you finished Hilary Mantel’s “The Mirror and the Light” and are wondering what happened next to the blood-drenched Tudor clan, this could be the book for you.
— Mary Ann Gwinn

Robert Stedall is an expert historian on Tudor history and is the curator of the popular www.maryqueenofscots.net. He is the author of Mary Queen of Scots' Downfall and The Roots of Ireland's Troubles, but this is his first book to be published in America. Robert lives in England.
Loading...
or
Not Currently Available for Direct Purchase