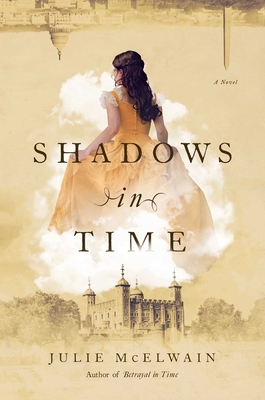 In 1816 London, Kendra Donovan tries to track down a missing man, but also finds trouble brewing closer to home in the fifth book in Julie McElwain’s riveting time-travel mystery series.

When Kendra Donovan is approached by Mrs. Gavenston with an unusual request—to find her business manager, Jeremy Pascoe, who recently vanished—the FBI agent is eager to accept the challenge. To Kendra’s way of thinking, spending her time locating a missing person suits her more than perfecting her embroidery, painting watercolors, practicing on the pianoforte, or any of the other activities that are socially acceptable for young ladies in the early nineteenth century.

Unfortunately, the missing person’s case turns into a murder investigation after Kendra finds the man stabbed to death in a remote cottage that he’d been using as a writer’s retreat. Everyone who knew him says that Pascoe was a fine fellow. So who hated him enough to kill him?

Seeking the answer to that question plunges Kendra into the world of big business, as Mrs. Gavenston happens to run one of the largest breweries in England. And if there is one thing Kendra knows hasn’t changed, it’s that big business means big money . . . and money is always a motive for murder.

While Kendra works to sift through the truth and lies swirling around Mr. Pascoe’s life—and death—her world is rocked closer to home when a woman arrives claiming to be the Duke of Aldridge’s presumably dead daughter, Charlotte. It is a distraction Kendra cannot afford, not when there is a killer lurking in the shadows who will do anything to keep the truth from being exposed.

"Outstanding. With perfect pacing, McElwain holds the reader’s interest from the first page to the last."
— Publishers Weekly (starred) [praise for 'Betrayal in Time']

"An unusual, absorbing tale. Well-integrated story lines involve Kendra’s romance and a grief-stricken family whose son’s fate is an education in the horrors of war. The highlight here, however, is the time-travel aspect, which sees FBI investigatory skills muted to match the knowledge and mores of the day."
— Booklist [praise for 'Betrayal in Time']

"A much improved mystery, a touch of history, and the obligatory romance combine for a pleasing read."
— Kirkus Reviews [praise for 'Betrayal in Time']

"An entertaining mystery with considerable period detail and a touch of romance. Fans of historical mysteries with strong female characters, such as Rhys Bowen’s ‘Molly Murphy’ series or Laurie King’s ‘Mary Russell’ books will enjoy."
— Library Journal [praise for 'Betrayal in Time']

"A deftly crafted and unique time-travel based mystery, Betrayal in Time is a thoroughly entertaining page-turner of a read from beginning to end."
— Midwest Book Review [praise for 'Betrayal in Time']

Julie McElwain began her journalistic career at California Apparel News, a weekly Los Angeles based trade newspaper. She has freelanced for numerous publications from professional photographers magazines to those following the fashion industry. Currently, Julie is West Coast Editor for Soaps In Depth, a national soap opera magazine covering the No. 1 daytime drama, The Young and the Restless. Julie lives in Long Beach, CA.
or support indie stores by buying on