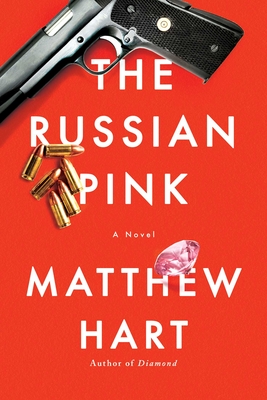 An explosive debut featuring renowned diamond expert caught in a web of deception and malice while trying to uncover the secrets behind the most expensive diamond in the world. When "The Russian Pink"--a stunningly large rose-hued diamond--makes a surprise appearance around the neck of Honey Li, the wife of surging presidential candidate Harry Nash, Alex Turner, an investigator for the Treasury Department's diamond division and former C.I.A. agent, finds himself spiraling down a seemingly endless rabbit hole. A diamond like that always carries secrets, but the web of mystery behind "The Pink" is more complex than Alex could ever image. Starting with the trail of damage from botched sting operation, Alex wavers between legal and illegal tactics, friends, family, and foes to find out why a mysterious Russian double agent betrayed him and the diamond ended up on a potential path to the White House. For wherever the Russian Pink goes, secrecy, deception, and death surely follow. With echos of both John Le Carre and Jason Matthews, The Russian Pink is a stylish and fresh page-turner that catapults the reader into the world of blood diamond trading, a world that Matthew Hart, the author of the critically acclaimed Diamond, navigates with authoritative authenticity and wit.

Matthew Hart is the award-winning author of the book Diamond: The History of a Cold-Blooded Love Affair, was translated into six languages and made into a four-hour dramatic miniseries starring Sir Derek Jacobi and Judy Davis and the book Gold: The Race for the World's Most Seductive Metal, which was adapted into a National Geographic TV special. He has travelled from the Arctic to Angola in pursuit of diamond stories, which inspired his first thriller, The Russian Pink, also available from Pegasus Books. He lives in New York City.
Loading...
or support indie stores by buying on