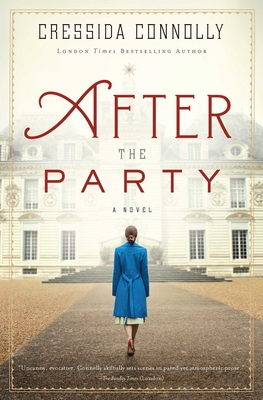 After the Party (Paperback)

Cressida Connolly writes for Vogue, the Daily Telegraph, the Spectator, the Guardian, and numerous other journals. She is the author of three books: The Happiest Days, which won the MacMillan/PEN Award; The Rare and the Beautiful; and My Former Heart. Cressida is the daughter of writer Cyril Connolly. She lives in England.

Praise For After the Party…

"A wonderfully subtle and interesting account of the Mosley women, with a compelling voice."
— Linda Grant, Booker Prize nominated author of The Clothes on Their Backs

"Profound and moving and completely original, with a storyline that is completely satisfying. It'll be one of those novels that stays in my mind forever. It’s a work of art."
— Craig Brown, New York Times bestselling author of Ninety-Nine Glimpses of Princess Margaret
or support indie stores by buying on
Copyright © 2020 American Booksellers Association